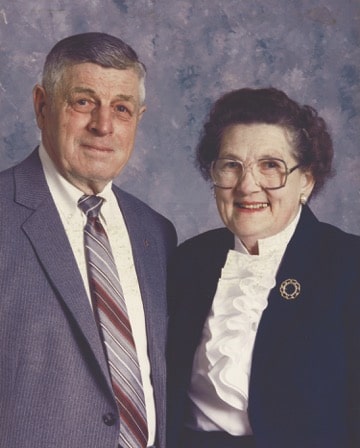 Henry and Elsie Roiger were conservative, happy, hard-working farmers who lived a simple life. They lived through the Great Economic Depression and learned to economize. The accumulation of wealth was not their focus, but by tending to their business of farming and leading a frugal life they were able to bequest $1 million to the community of Springfield in 2015.

Henry took the lead in convincing neighbors and others that a multi-purpose dam be constructed between the rolling hills in the permanent pasture on his Stately Township farm. He invested a sizeable amount of his own money in the project and in 1986 his idea became a reality. Henry was asked why he wanted to get involved in such a costly project when he was nearing retirement. Henry was quoted as saying “I’m going to enjoy this (the dam) as long as I live and it is going to be here for the people after”. That sentiment summed up well the Roiger’s philosophy and values.